Parkinson’s disease (PD) is a neurological disorder which causes people to lose the functioning of their brains and bodies.

According to allopathic medicine there is no cure for Parkinson’s disease, and more than a million people around the world suffer from the condition.

Parkinson’s is a type of dementia, which is marked by the malfunction or death of neurons (brain cells). The disease affects the whole brain, but damaged cells seem to be localized in the substabtia nigra.

As the neurons die they produce dopamine – which is responsible, in part for helping us move our muscles.

Though people experience the symptoms of Parkinson’s differently, usually the disease follows a similar trajectory with the following detriments:

There is no single cause of Parkinson’s disease, but doctors believe it is partly due to a loss of cells, or damaged cells which cause the condition.

Some causes which mainstream medicine are only just no acknowledging include:

There are also at least 17 genetic components which link to a higher risk for Parkinson’s but the latest epigenetic research also suggests that a gene mutation for a certain outcome can be altered with changes in diet, reduction of toxins, and other factors.

One study published in the journal, Frontiers of Cellular Neuroscinece states,

“. . .environmental inputs that have shown effects in CNS diseases, such as nutrition, that can modulate the concentration of a variety of metabolites such as acetyl-coenzyme A (acetyl-coA), nicotinamide adenine dinucleotide (NAD+) and beta hydroxybutyrate (β-HB), regulates some of these epigenetic modifications, linking in a precise way environment with gene expression.”

This is good news for people desiring to alter their neurological health from a more natural perspective, as the research suggests this can indeed be done.

Allopathic cures for Parkinson’s are most often drug-based. Commonly prescribed drugs include:

This is by no means an exhaustive list, as there are hundreds of different medications prescribed.

In rare cases, brain surgery may be prescribed.

Most medications can indeed help to alleviate the symptoms, but they can also cause unwanted, and rather serious side effects.

One of the drugs thought to be “most effective” for treating Parkinson’s disease is Carbidopa-levodopa (Sinemet). This drug has the following possible side effects:

Moreover, the longer than Carbidopa-levodopa is used, the less effective it becomes.

With a list of side effects this long, it seems plausible that someone would want to explore alternative treatments for Parkinson’s disease.

There are many natural treatments for Parkinson’s disease. These treatments aim to boost antioxidant levels in the body, reduce toxicity (especially in the brain but also in other important organs) and to restore the body’s ability to heal itself.

The easiest and most effective way to change your neurology and biochemistry is through diet, exercise, stress reduction, and the removal of toxins from the body.

Inflammation is linked directly to neurological disorders like this disease, and can be reduced greatly just by changing your diet. Inflammation causes brain cells to deteriorate and die.

Almost all organic fruits and vegetables can aid those suffering from Parkinson’s. Also, add high fiber foods, drink plenty of water to aid in hydration and toxin elimination.

Add healthy fats like those in avocados, coconut milk and coconut oil, hemp seeds, and flax. (These all contain high levels of healthy Omega 3 fatty acids that greatly reduce inflammation.)

You can also add green tea, since it is so effective at reducing free radicals, and also eliminate grains completely to see if you notice better cognitive functioning.

Royal jelly (made by bees), Bee venom, Vitamin C, Vitamin E, and Vitamin B12 are all also linked to reduction of Parkinson’s symptoms. These are all likely effective because they reduce oxidative stress and inflammation.

There are so many studies on the neuroprotective benefits of exercise, they could fill several phone-book sized scientific journals. Exercise can particularly help those with Parkinson’s by:

Meditation, yoga, spending quiet time in nature, and mindful breathing exercises can help to reduce stress on the body which causes oxidative stress.

These stress-reducing helps prevent Parkinson’s disease from developing, but also helps to mitigate symptoms once someone is diagnosed with Parkinson’s.

Herbal remedies exist for Parkinson’s and they are likely efficacious by helping to reduce toxic overload in the brain and body. The following herbs have been clinically rested for effectiveness:

You can also remove toxins by drinking more purified water, eating herbs like turmeric, beets and ginger which are naturally detoxifying, and getting periodic colonics.

There is also almost always an emotional component to every disease. It is interesting to note that almost 30-40 percent of all Parkinson’s patients also experience some type of depression.

Interestingly, though, nervous system and brain pathologies are deeply rooted in energetic imbalances in the brow and crown chakras, energy centers which convey the health of the etheric body, which eventually trickles down into the physical body.

Carolyn Myss,author of the Anatomy of the Spirit, went as far as identifying the diseases associated with specific psycho-spiritual dysfunctions in relation to the seven chakras – energetic vortices of our qi, as the Chinese understand it, or prana from ancient Indian traditions.

Almost every ancient civilization understood the subtle energy of the body and incorporated this into their healing modalities. Only modern western medicine refuses to acknowledge that these energetic centers exist, with the exception of doctors like Richard Gerber, M.D. who studied both Western and Eastern medicine in great detail.

Those who have overcome Parkinson’s disease will attest that creating happiness and calm in all aspects of daily life has a profound effect on the disease.

This is the foundation of many of the protocols applied in Traditional Chinese Medicine, and other natural healing modalities.

TCM approaches Parkinson’s disease from both an energetic and a physical standpoint.

Acupuncture, herbal medicines, moxibustion, and traditional Chinese energy therapies like Qi Gong and Thai Qi can be used by those who are suffering from Parkinson’s to alleviate both the underlying pathology, and lessen symptoms.

Parkinson’s disease is affecting millions around the world, with more evidence coming out all the time that the disease is likely linked to environmental toxins and lifestyle choices.

Though allopathic medicine states that there is no cure for Parkinson’s disease, they are also quick to prescribe many side-effect-inducing drugs which can make the symptoms of Parkinson’s seem easy to deal with in comparison.

There do exist multiple alternative healing methods which can greatly reduce or even cure Parkinson’s disease, without resorting to these medications or invasive brain surgery.

When you research these alternative methods, and apply one or many of them, you’ll discover which are best for you or someone you know that is suffering from the disease. 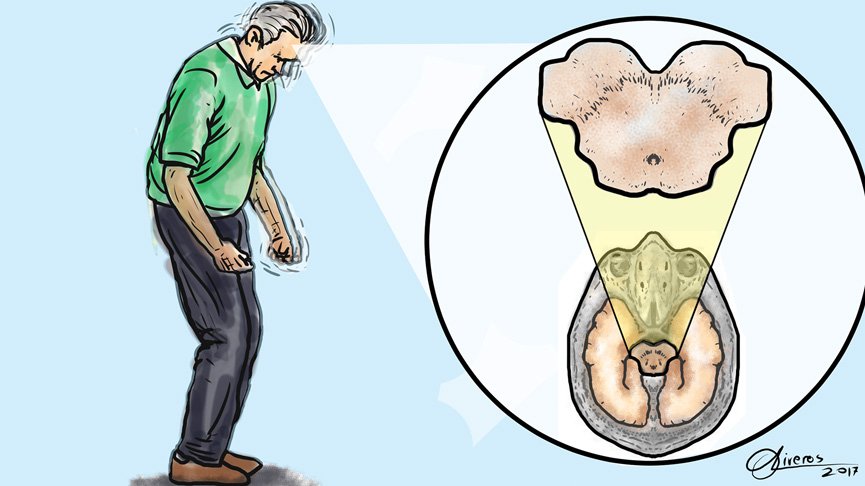