Often called age-related macular degeneration, this condition is also called AMD or ARMD. When the small central area of the retina in the eye starts to deteriorate, it is said that someone has AMD. The retina, located near the optic nerve, controls how the eye sees detail. With its deterioration, eyesight becomes impaired.

The inside of the eye contains three layers which are all vital for normal vision. The inner most layer is the retina – the first one struck by any light that enters the eye. Some of the cells of this layer, called photoreceptors, consist of a complex network of nervous system tissues which convert light into electric signals that then travel via the brain to the optic nerve. Within the center of the retina is the macula. It is a special structure that allows images to be focused in the brain. Any damage to the retina causes trouble with focusing.

People with AMD may have difficulty reading, seeing when they drive, watch television or try to use a computer. Any visual task that requires fine detail may be a great challenge.

AMD is the most common cause of vision-loss among the elderly, however, younger people can suffer from macular deterioration as well.

There are two types of macular degeneration: Dry and Wet.

Dry AMD is caused when the light-sensing cells in the retina start to break down due to inflammation. Waste and toxins begin to build up in the retina forming deposits called drusen. This is the most common feature of dry AMD.

As dry AMD progresses vision tends to worsen. You may find you need more light to see and carry out detailed tasks as a blurry spot usually forms in the sightline.

Wet AMD is caused when tiny blood vessels begin to grow underneath the macula (in the retina). Doctors are uncertain why these blood vessels form, but it is theorized that they are created by the body to clear away toxins from the retina –specifically drusen.

These blood vessels harm vision by causing blood and fluids to leak into the eyes. This can cause scarring and damage to the macula. This leads to further distorted vision.

The causes of macular degeneration are still uncertain, however the following factors seem to contribute to its prevalence:

There are many allopathic cures offered for macular degeneration, but some of them are invasive and expensive. Laser surgery can be used to cauterize leaky blood vessels that cause damage to the retina, however, this can cause long-term damage to the vision, as the intricate formation of the retina’s cells does not always take well to the surgery. Moreover, laser surgery is usually only prescribed for those with wet macular degeneration, and few qualify. The cost for a single laser surgery can be as high as $10,000.

Drugs prescribed for macular degeneration also have numerous side effects. Just one commonly prescribed drug comes with the possibility for:

Sometimes monthly injections of drugs are prescribed which can cost upwards of $45,000.

There have been many studies that have shown that the antioxidants, Vitamins A, C, E, Zinc and Selenium can retard the progression of this disorder, but there also numerous other natural alternative to consider.

The pathological causes of AMD occur primarily in the choroid (the vascular layer of the eye which lies between the sclera and the retina) and pigmented retinal epithelium (PRE – the layer separates the choroid from the retina). Changes in this part of the eye may lead to fluid accumulation, hemorrhage and scar tissue. This disease rarely happens to anyone under the age of 55, so it is thought that lifestyle is a great contributor.

Homeopathic treatments aim to change the body’s underlying constitution, and thereby change inflammation and retina damage in the eyes. Homeopathy also attempts to strengthen damaged photoreceptor cells that have grown in the retina. As the progression of the destruction of the retina continues, it is considered a syphilitic stage that must then be addressed.

As the leading cause of blindness among an elderly population, TCM attempts to decrease the hallmarks of AMD – including oxidative stress, cytotoxicity (cell toxicity), and inflammation.

TCM approaches to AMD, specifically herbal remedies, have been able to reduce macular degeneration, leakage of blood and liquid into the eyes, and promote stable vision. There are usually different herbal compounds prescribed depending on which TCM practitioner you visit, however, they will most often contain a few primary components, including:

Additionally, moxibustion, cupping, and acupuncture may be utilized to help restore the qi of the eyes and supporting organs – i.e., the liver.

These healing protocols also support cleaner blood, more oxygenation to the entire body (including the eyes) and the detoxification of organs which support eyesight and photo-receptivity throughout life.

Lifestyle Changes to Aid Those Suffering from Macular Degeneration

As we’ve touched on previously, there are lifestyle changes which can be undertaken to reduce the development of macular degeneration. Many of these choices support health overall also, and therefore are devoid of side-effects which accompany allopathic prescription medications.

First and foremost is changing the diet. Many nutrients (zinc, Vitamin A, etc.) can be supportive of eye health.

Removing agents that cause oxidative stress – cigarette smoke, herbicides and pesticides used in non-organic food, alcohol, etc. – can also support eye health, especially as we age and those toxins tend to accumulate in our bodies.

Reducing stress and getting plenty of sleep can also reduce oxidative stress to the eyes and other organs of the body, as well as reduce chronic inflammation – which may be why macular degeneration happens to begin with. Stress and sleep loss are directly tied to immune system health and the reduction of inflammation.

Stress reduction can include yoga, meditation, Thai qi, Qi gong, spending time in nature, laughing with friends, having emotional and social support, or simply just slowing down and removing activities from one’s day.

In conclusion, keep life simple. Eat well, sleep well, and reduce toxic overload and your eyes will see far into the future. 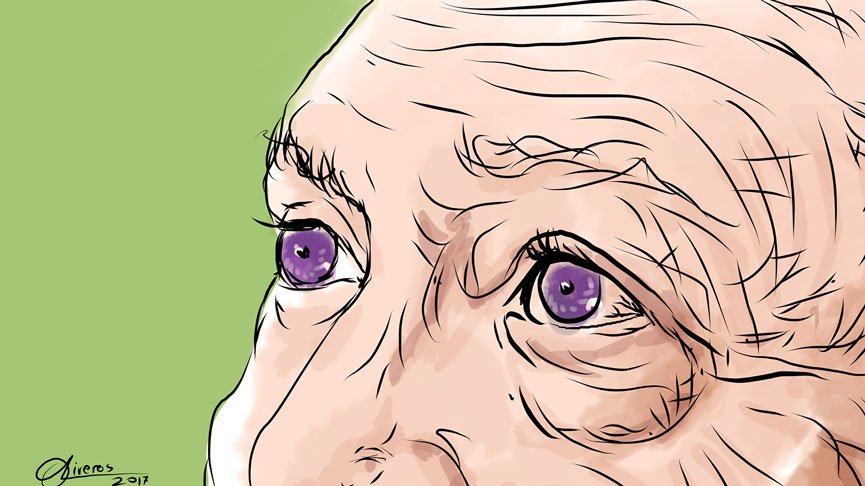