Crohn’s disease affects the gastrointestinal system – the GI tract. The very same system that helps us to digest our food and get rid of wastes. Though it is commonly thought that our stomach’s do most of our digestion, it is our intestines that do most of the heavy lifting.

The stomach adds some acid, and churns food around to start the digestive process, but the small intestine is where most of our food is separated into useable and non-usable parts – some meant for the building of new cells, and energy when we walk, talk or sleep, and other parts meant for the toilet.

When the intestines don’t work as they should, we can get all kinds of diseases, including Crohn’s. In fact, the digestive system is considered so important, that many ancient cultures considered poor digestion to be the cause of 90 percent of disease. Some go so far as to say, “death starts in the gut.” Pretty harsh, we know, but once you understand the GI tract more fully, you’ll see why experts would be so melodramatic about its upkeep.

Though Crohn’s can affect the body anywhere along the GI tract – from the mouth to the anus – it most commonly affects the intestinal walls. Crohn’s disease can cause:

Crohn’s is also thought to be progressive – meaning that if ignored, it gets worse over time.

Crohn’s is also just a fancy name for one of the many ailments caused by an inflamed and unhappy colon. IBS (irritable bowel syndrome), Colitis, depression, fibromyalgia, leaky gut, and even allergies are part of the same root problem. All these diseases have been interlinked by various studies. They have also been linked to candida and helicobacter pylori which is assumed to be the main reason for such diseases.

Modern medicine will say there’s no cure for Crohn’s, but that’s because medical doctors usually go to school to figure out how to fix things that are wrong. They rarely spend time studying how to make things go right. Or, simply put – prevention.

Oddly, people that exercise regularly, eat a clean, nutrient-dense diet, and regularly clean out the extra junk from their bodies through detox diets, sweating, fasting, colon cleanses, or even just eating plenty of probiotics – rarely end up with Crohn’s disease. That tells us a lot about what causes it.

As with all inflammatory bowel diseases, the root problem is inflammation. What causes inflammation? A poor diet, eating too many processed foods, never getting exercise, stress, and the development of a chronic low-grade infection which throws the immune system off kilter.

Here are a few odd facts that may explain to you why inflammation is so insidiously wicked:

Despite all these facts – about inflammation, and its direct connection to inflammatory bowel disease, including Crohn’s – allopathic medicine usually treats Crohn’s by completely ignoring that chronic inflammation has developed in the body. For instance, a doctor will prescribe any number of “tumor blockers” (that can cause dizziness, viral infections, serious infections, and more); corticosteroids (which also cause a host of side effects, including diabetes, high-blood pressure and cataracts); and immunosuppresant drugs because – hey you don’t really need your immune system, do you? Your doctor might also suggest another class of drugs called Oral 5-aminosalicylates. These can cause headaches, dizziness, diarrhea, vomiting, heartburn, and nausea. Fortunately, this is usually the last class of drugs that you’ll be prescribed because they have come to be viewed as “not so great.”

In severe cases of Crohn’s, your doctor might even suggest an invasive surgery to remove a part of your colon or even part of your rectum. We don’t know about you, but we’d have to be desperate before we’d let someone take a part of our pooping-device from us. We kind of like being able to use the restroom when we need to.

Natural remedies for Crohn’s include:

Chinese Traditional Medicine will usually do two things in combination to help those suffering from Crohn’s disease.

First, a TCM practitioner will likely schedule several acupuncture sessions for you to help remove stagnation in the digestive system as well as improve the quality of your blood. This can improve your immune system and help to rid the body of external pathogens which may be contributing to your Crohn’s disease.

The practitioner will also likely determine which of the four problems is true for you in particular, as Crohn’s is usually thought to be caused by one of four issues:

Most practitioners will also prescribe herbal remedies which help to clean the blood and get rid of impurities in the body.

One of yoga’s biggest aids for those suffering from Crohn’s is helping to reduce stress and reversing lifetime, chronic inflammation. There are different postures which help support the digestive process that you can practice, and others which help to gently massage the internal organs and aid them in their tasks of ridding the body of toxic material.

The breathing and meditative practices of yoga help to reduce our fight or flight response so that our nervous systems aren’t constantly in high gear, ready to pounce on a proverbial tiger. This reduction in stress also lowers inflammation in the gut, and can also slow emotional eating which often leads us to make poor food choices which only exacerbate an irritable bowel.

When practiced all together – asana (yoga postures), meditation, and breathing – yoga offers a sound way to prevent Crohn’s and even help the symptoms of Crohn’s, however it can take a long time for the practice to take effect, especially if you only have time to do these exercises a few time a week. More serious practitioners will usually see a more rapid change in their symptoms.

Grocare offers its own, natural remedy for Crohn’s disease. Three FDA-approved medicines: XEMBRAN, STOMAID & ACIDIM help to heal Crohn’s disease without side effects by helping to fix the core problem – inflammation of the gut and GI tract.

Our poor lifestyle choices, including eating nutrition-less food, never getting enough sleep, rarely going to the gym, hardly ever spending time in nature, and allowing our gut flora to become imbalanced must all be addressed over the long term, however, Grocare’s natural medicines help to cure chronic inflammation which causes a low-grade infection in the bowels – called a stealth infection. This is why the body’s immune system starts attacking itself and our bowels become irritated, inflamed, and eventually bloody and tumor-prone. This is what leads to Crohn’s, Colitis, IBS and so many other bowel disorders.

Grocare’s all-natural medicines can really come to the rescue:

First, STOMAID attacks the sub clinical bacterial infection which causes our intestines to be weak and worn out. If our intestinal walls are constantly stressed from this “stealth” infection, we cannot recover from Crohn’s.

Next, XEMBRAN acts as an herbal bacteriostatic healer. Xembran’s bactericidal action works along with the body’s defense mechanism (the immune system) to eliminate the harmful bacteria.

ACIDIM, the last of the three herbal medications you will need to order from Grocare, maintains optimum pH levels of the intestinal walls to create an unfavorable environment for infection. You can think of this medication like a loud mother-in-law making your unwelcome guests so uncomfortable that they end up leaving on their own.

These three completely natural, non-side-effect forming, non-invasive, and easy-to-take medications begin the healing process. The intestinal tract is restored to it a natural, healthy state. The gut flora becomes balanced, and by reducing the inflammation of the colon, you can then say “goodbye” to Crohn’s! 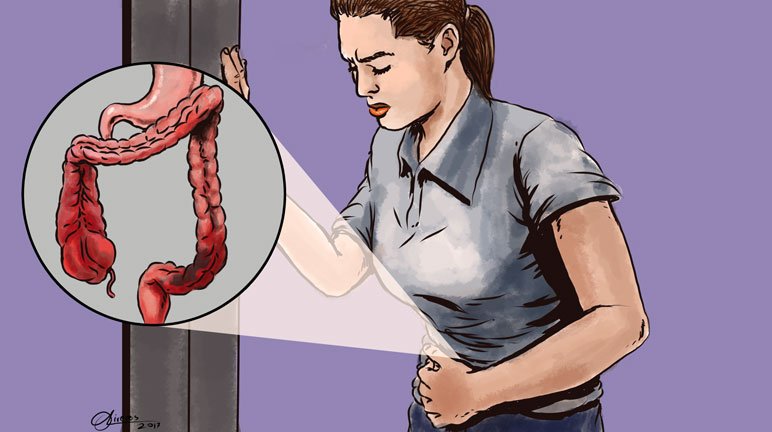